Wayne, Ill.—Aug. 1, 2022—Pony Hunters took over the Grand Prix Stadium at HITS Chicago on Saturday morning during EquiFest I as they showcased their skills in the 2022 USHJA Pony Hunter Derby Championship – East. With a smooth and flowing classic round followed by a brilliant handy round, Violet Rheingold etched her name in history with her own Touch The Sun after earning a score of 165.75 to take home the championship title. Following behind her with a total score of 161.25 was Liana Epstein with Hopscotch for the reserve championship honors.

“I’m really surprised to have won the [USHJA] Pony Hunter Derby Championships and really happy with Touch The Sun’s performance,” smiled Rheingold after leading the victory gallop. “I’ve had him for a year, and he can start a bit nervous, but he’s a lot easier when he starts to trust you. We’ve really developed a great partnership over the last year. I would definitely do the championship again.” 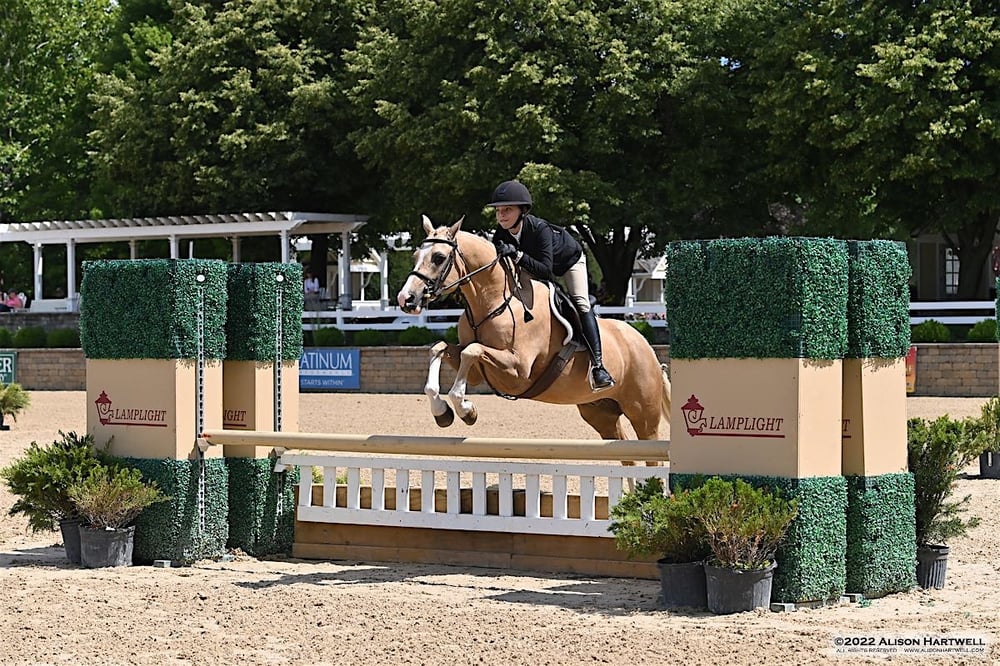 After working to qualify throughout the year, ponies were welcomed to expansive Grand Prix Stadium to compete over Tom Urban’s first-round course, which included two bending lines and an in-and-out. The field was then narrowed down to the top 12 for the Handy Round, where riders could earn bonus points with smooth inside turns, while still allowing their ponies to demonstrate a beautiful jump over each fence.

Rheingold, of Boulder, Colorado, and Touch the Sun took the lead after a smooth and even classic round to begin the day. Returning at the top of the leaderboard, she stayed conservative during the first part of the handy round, but began to step it up as she continued, once again showcasing her large pony’s beautiful jump to impress the judges. She was rewarded with a score of 165.75 to earn the championship title as well as the High Score Award in the Large Pony Section.

“I wanted to play it safe for the first portion of the Handy, but once we got to the end I wanted to be more handy,” explained Rheingold. “I like the Handy the most with Touch The Sun. I showed here last year and it was really fun. It’s one of my favorite shows.”

Rheingold rides with Laurie Juneman of Snowfield Farm in Parker, Colorado, and Juneman was thrilled to return for the championship event. “I love this championship and I know that it’s new, so we really want to support it so that it’s able to grow,” she said. “For the riders to go in a big ring like that and ride more forward is a very positive feeling for them to experience. I think to get them out of their comfort zone and help them stretch a little bit, dare them to ride a little more brilliantly and carry a little more pace, since I think that’s what the judges are looking for, is exciting for the kids." 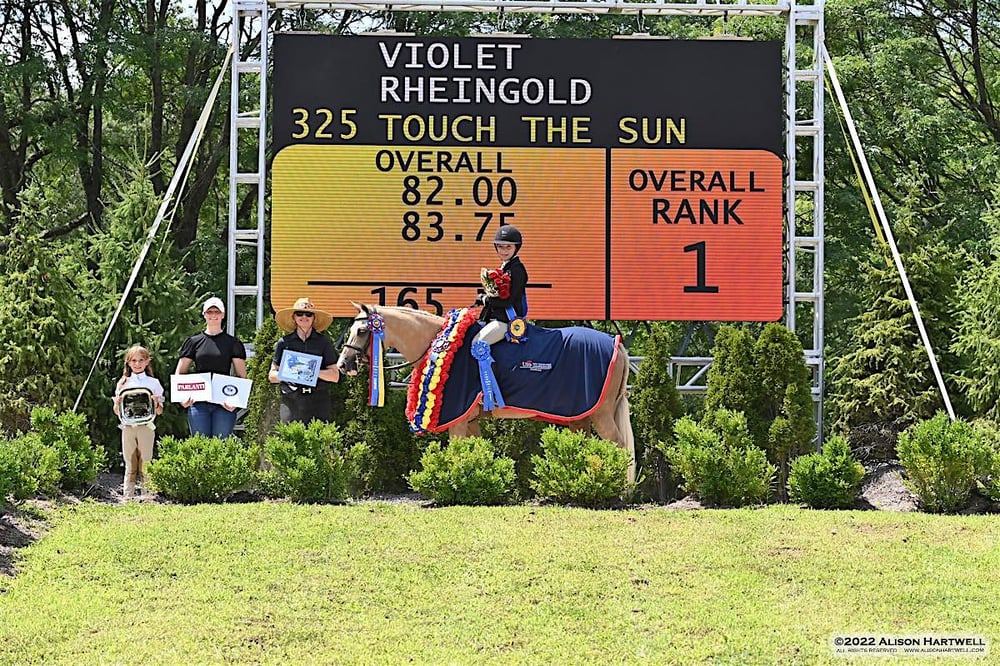 The USHJA Pony Hunter Derby offers Juniors the opportunity to compete ponies in a series modeled after the International and National Hunter Derby programs. Competitors can earn National and Zone Horse of The Year bonus points, year-end series awards, and qualify to compete in either the East Coast or West Coast Championships.

The USHJA Pony Hunter Derby Championships feature two rounds—a Classic Hunter style course and a Handy Hunter course. Fence heights are adjusted by size (small - 2'3", medium - 2’6", and large 2’9"-3’0"), but the class is not split by size. Each derby is pinned through 12th place.

The USHJA sends special thanks to the entire HITS team for hosting the Championship; to Official Sponsors Exhibitor's, CWD, Nutrena, Parlanti and Rood & Riddle Equine Hospital; and to Award Sponsors Essex Classics and Boy-O-Boy Bridleworks.