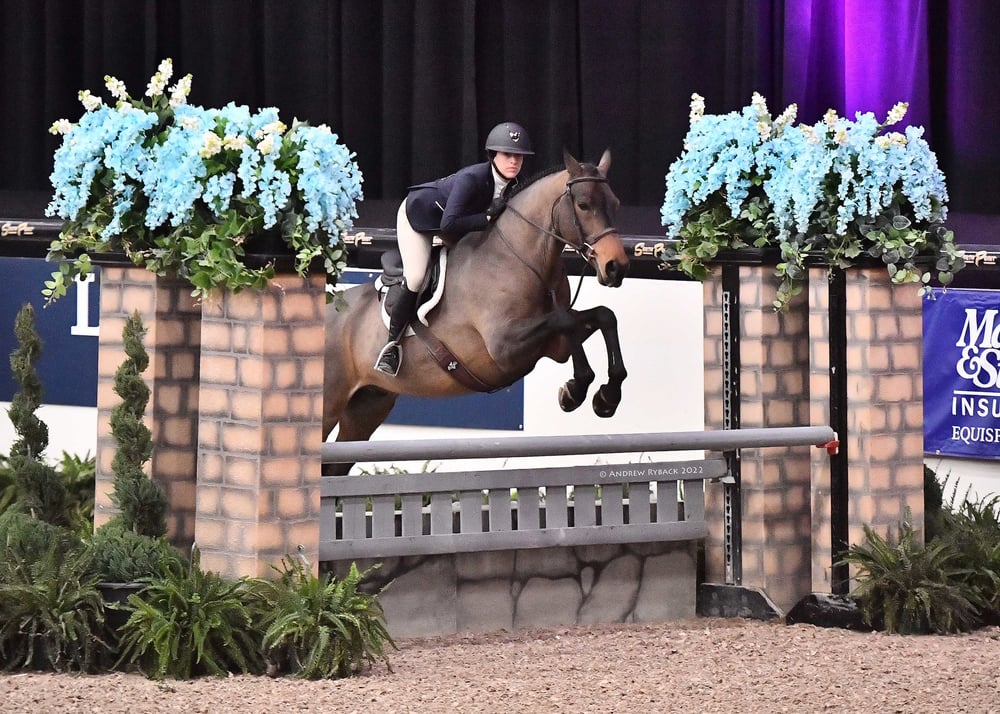 The Antwerp Amateur Owner 3'6" Champion Perpetual Trophy Sponsored by the Meadows Family and the win in the USHJA Amateur Owner Hunter 3’6” Championship went to Emma Townsend, of Car Michael, California, and Fanciful. The pair won the $500 Amateur Owner Hunter Handy 3'6" on their way to topping the division. Gavroche, owned and ridden by Abigail Stellar, took reserve.

"Yesterday we won the Handy and that is our bread and butter. He loves to do that, and today he was just so happy to be out there in that big ring," said Townsend of her mount. "He just loves it here; it’s his show for sure. I love that this opportunity is here, and we get to come to an indoor setting that is not too far from home and we don’t have to go to the East coast. The prize money is amazing, the hospitality is great and it’s a really fun show." 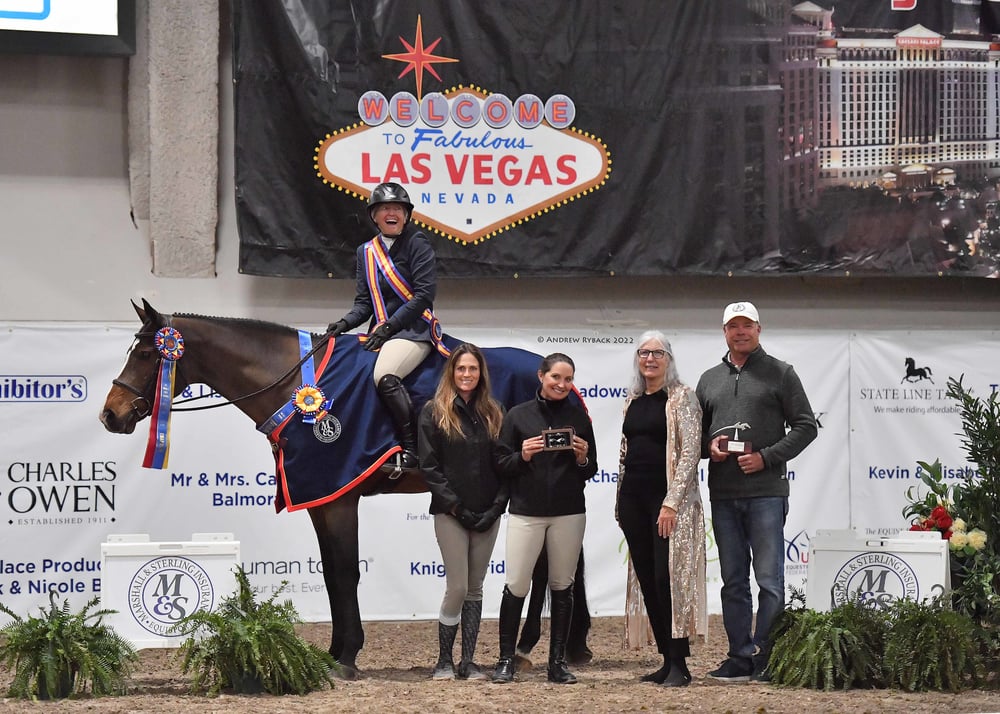 USHJA Equitation 18 and Over Championship

Amy Brubaker, of Salt Lake City, Utah, rode her own Gatsby to earn the USHJA Equitation 18 and Over Championship and Leading Rider title after taking first in one and second in two Over Fences classes. Tied for reserve champion were Rollin Sykes, of Pacific Palisades, California, aboard R & R Stables LLC’s Canavarro and Kassy Perry, of Elk Grove, California, with Kendal Banks’s Dreamboy M.

“This is a new horse for me; we have only been partners for about a couple of months. Gatsby is just amazing; I am honestly so stunned. I have tried to have a good Vegas for so long with my other horse but he does not like indoor venues. We figured I would bring this new horse and see what will happen. This will be my last Vegas because it just does not get any better than this experience and win today,” said Brubaker of her win today.

USHJA Equitation 14 and Under Championship

Paige Walkenbach, of Paradise Valley, Arizona, and her own Clooney 62 were crowned USHJA Equitation 14 and Under Champions and awarded the Equitation 14 and Under Leading Rider Perpetual Trophy Donated by Showplace Productions, Patrick and Nicole Boyle. The duo won two Over Fences classes on their way to collecting the tricolor. Kalea Iuliano, of Santa Cruz, California, and her own Unique de la Chesnee took reserve.

Awarded to the Jumper rider who showed off the most bling and sparkles in the spirit of Las Vegas, the Bling Award was presented to Aaralyn Emerick, of Fallon, Nevada. Nominated by the Sierra Nevada Horse Show Association, Emerick competed in the .90m and .80m Affiliate Children's Jumpers. 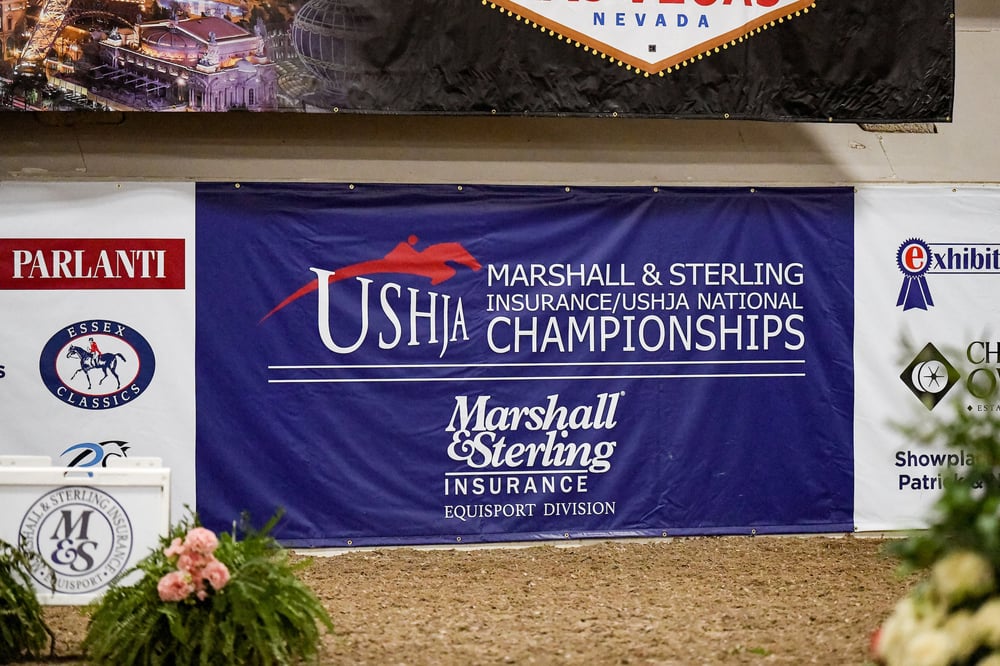 The 2022 Marshall & Sterling Insurance/USHJA National Championships continue through November 20 with live streaming coverage of all classes on USEF Network. Live results are available on ShowgroundsLive.