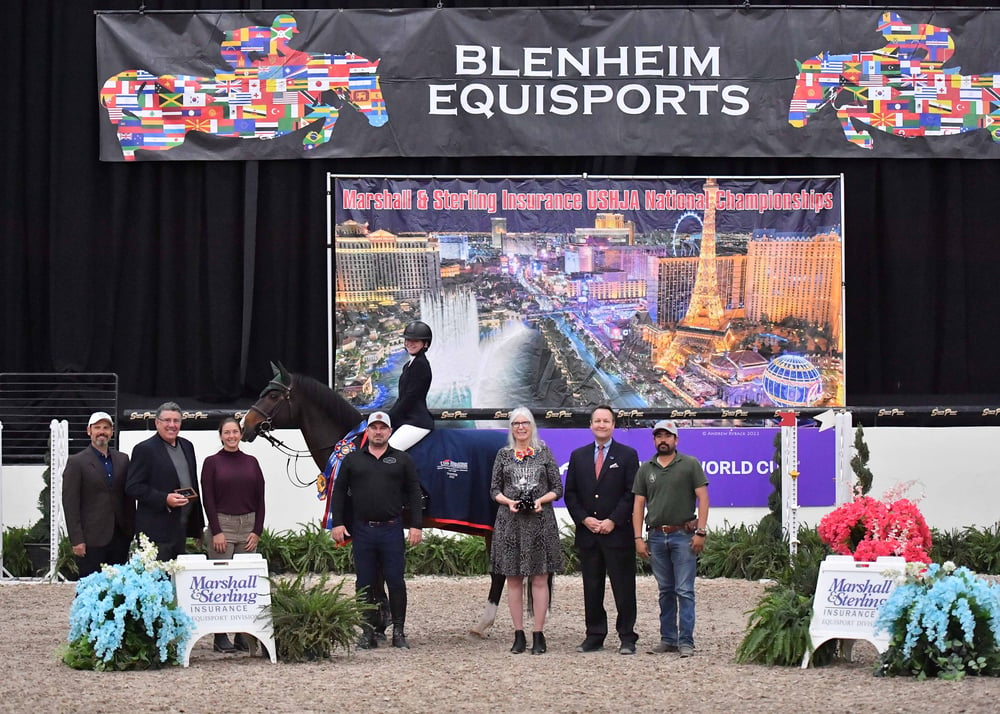 "I've had Diavisto for two years. When we started, we did one show in the .90m and moved up to the 1.0m. But we've been doing the 1.10m for about a year now," said Buie, who claimed a national title for the second year in a row. "Last year I was champion in the Low Children's and won the Grand Prix." 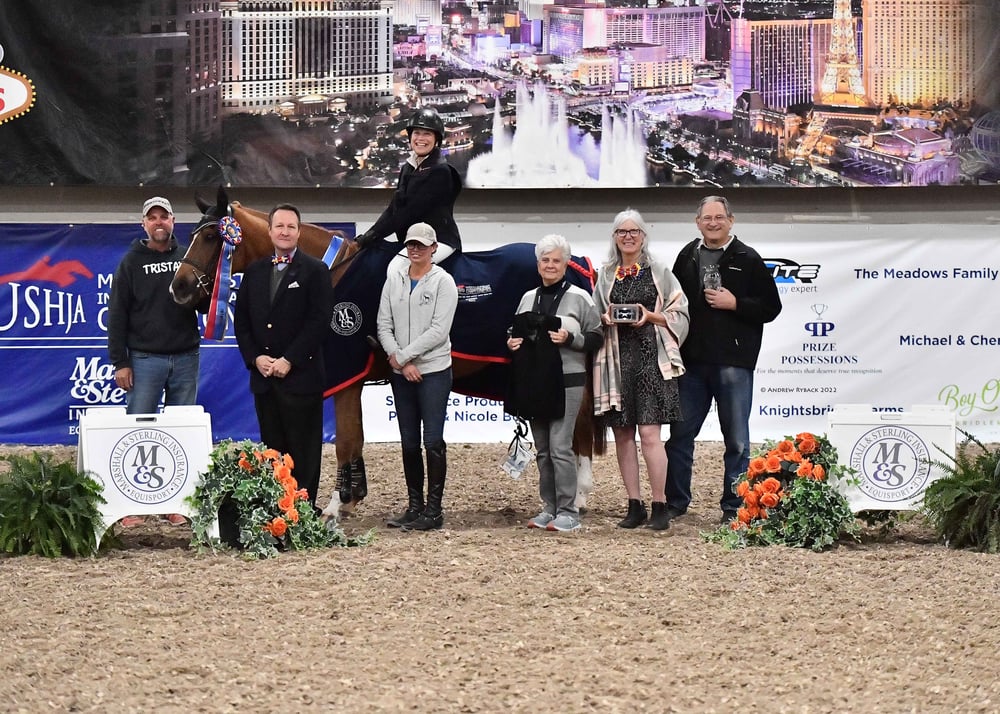 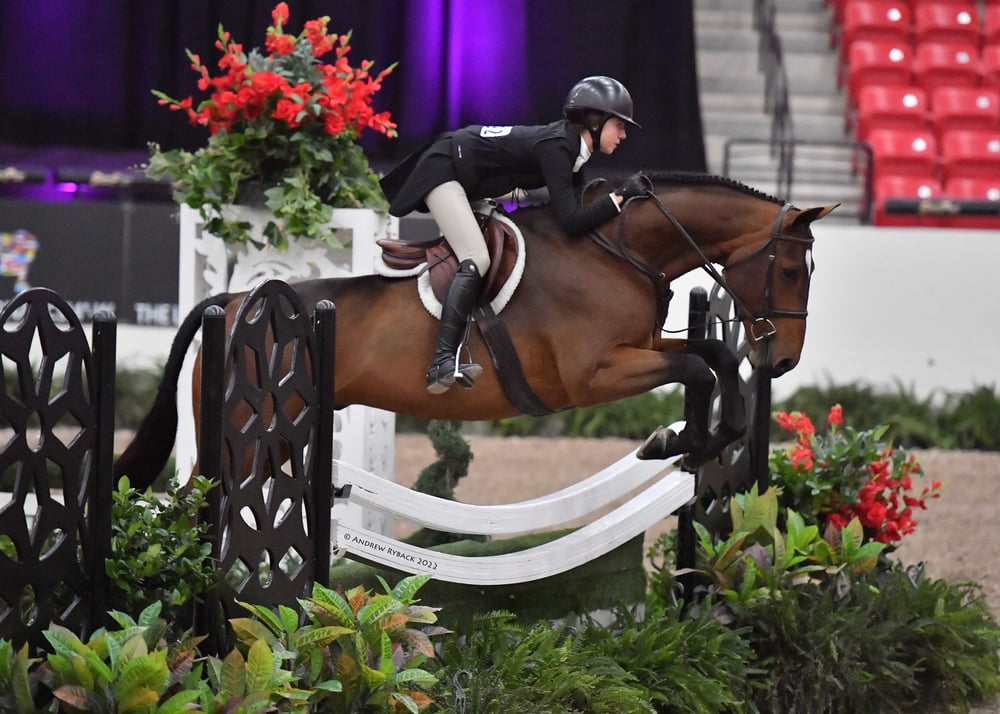 “I have a little bit of an advantage just because I do the Equitation, so it was easier to do the Handys and I kind of know where I am. But I was just really going in to have fun because that's what I kind of have as a mindset for Derbies. He's just such a good boy and I know I can always trust him,” said Walkenbach.

“[Vegas] is a really cool experience. It's really different from back East, which is also indoors. This is my second year coming and I've really just enjoyed the experience so much,” she continued.

Aedan Mooney and Balko d'Elle finished the evening by leading the victory gallop in Section B, which saw 29 horse-and-rider combinations compete. The Golden, Colorado, rider and the gelding owned by Carolyn Becker scored a 174 overall to top the section. Nicole Stern, of Redmond, Washington, and her own Delegate took reserve.

"Winning this class is super incredible. It's just amazing to be here and qualify here's; it's pretty cool. You're against top riders and being here with some green horses that haven't been here before, it's pretty incredible to see them just shine and be successful," said Mooney. 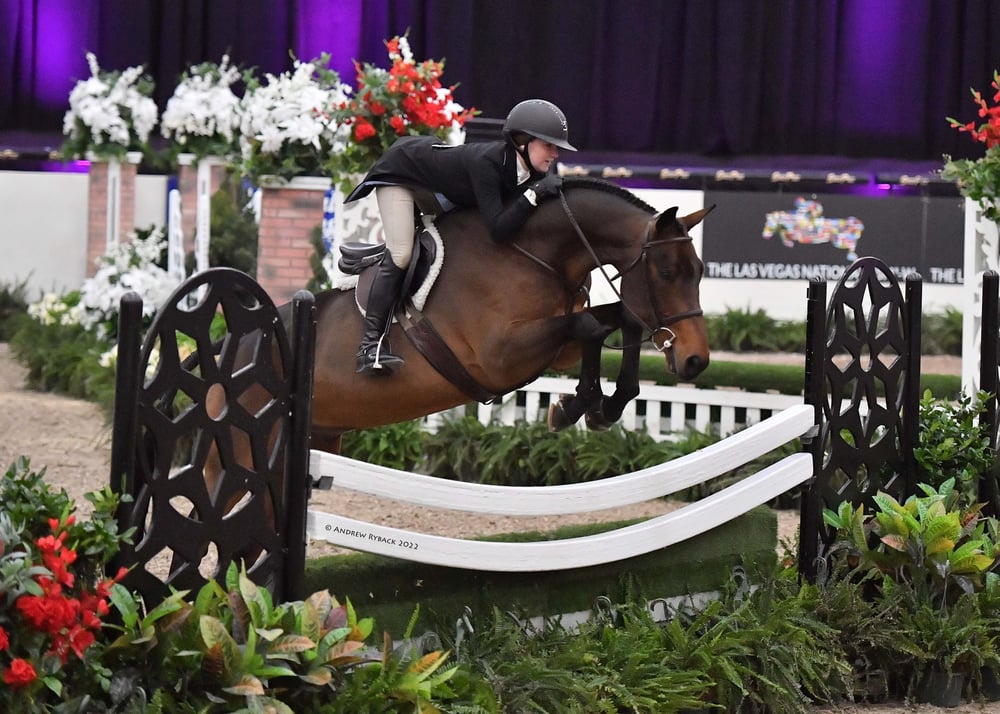 Bling Award
Awarded to the Jumper rider who showed off the most bling and sparkles in the spirit of Las Vegas, the Bling Award was presented to Affiliate .70m Adult Jumper Reserve Champion Choate.

The 2022 Marshall & Sterling Insurance/USHJA National Championship continue through November 20 with live streaming coverage of all classes on USEF Network. Live results are available on ShowgroundsLive.